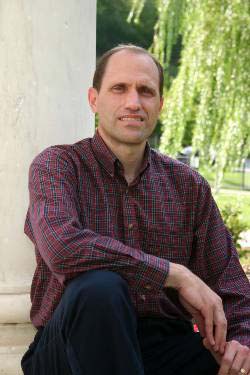 Pure Energy Systems Network Incorporated (abbr. PESN) is a company from Mt. Pleasant, Utah.[2] It was founded in November 2003 by one Sterling Allan who still manages it. The company keeps several English websites attending the purpose of the company: Portraying and advertising all kinds of free energy machines and perpetual motion devices, however obscure or of criminal origin, in a largely uncritical way. In addition, it promotes pseudo-scientific concepts like skalar waves without scrutiny. Further focus is on conspiracy theories and unverifiable anecdotes of an alleged suppression of and alleged assassination attempts against some particular inventors in the energy sector.

The company Pure Energy Systems Network Incorporated purports its fields of activity are concepts of "clean energy". It aims at supporting and providing allegedly alternative and cheaper methods to create clean energy and leverage their breakthrough by introducing them as "open source" to everyone for free. It states explicitly that it aims to distribute knowledge of supposedly "suppressed" inventions and research:

We seek to bring knowledge of suppressed technologies into more conventional arenas, by increasing awareness and scientific rigor, as well as by facilitating the necessary business, financial and legal collaborations needed for success.

One of the main issues are concepts using electrolysis and hydrogen. PESN founders do not shy away from media support for convicted crooks whose shady business conduct was obvious even before their conviction. In reality, PESN has not presented one working energy concept as of yet which has not been well known already (e.g. Photovoltaic), and could be applied practically and present an alternative to existing energy sources. In PESN's own words:

We at PES Network, Inc. feature, promote and foster energy technologies that are on the cutting-edge, and which are clean, super-efficient, non-depleting, reliable and affordable; which have not yet been introduced to the mainstream, facilitating their emergence as legitimate modalities. Our work primarily takes the form of information dissemination, but we also network individuals together, helping to secure funding and business expertise. Much of the networking takes place behind the scenes through the news and directory exposure PES Network provides for emerging technologies.

The definition of "free energy" of PESN founder Sterling Allan must not be confused with the scientific definition of free energy in the usual physical sense. According to Allan, it is energy available for free. He names solar energy, wind, geothermal energy, and hydropower as examples. All kinds of pseudoscientific ideas are subsumed under the same term indiscriminately, for example "zero point energy" (ZPE), energy from magnets/magnet motors or cold fusion.

Commercial interests of business partners or advertisers apparently present a reason for downright defamatory acts against various vendors of products and inventors active in the same market segment of unconventional energy concepts and fraudulent products (for an example see "The Cell Inc." below).

Among the internet projects maintained ny PSEN are websites like:

PSEN websites mention an initial financial support by one Jim Newburn. Later joint ventures were established and nowadays the money is said to come from selling products promoted on the websites plus revenues from Google ads, and some donations.[3]

It may be assumed that provisions are being paid. PESN head Sterling Allan used to work with Mike Brady (Perendev-Group) for a long time. Allan was the webmaster of "perendev.co.za" and domain holder of perendev.com, promoting the Perendev products. He also set up a respective newsletter at Yahoo. Allan held the privilege to market the non-existing Perendev products in the USA. He even organized an USA trip for Brady who wanted to auction off his invention for 500 million Dollars. 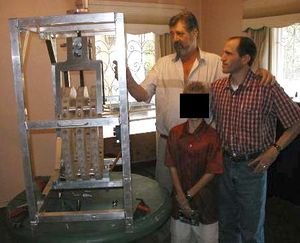 According to the company, the PESN-Team consists of more than 50 "energy professionals".

Weird conspiracy theories promoted by PESN contend that various circles were suppressing inventors in the "alternative" energy sector, but concrete details are not specified. The issue seems to be maintained primarily by NEC member Gary Vesperman. American Secret Services, FBI, the oil industry and tax authorities are being named as parties responsible for the alleged suppression.[6]

Nikola Tesla has been the object of several conspiracy theories, with claims relating to revolutionary energy generation and distribution technologies which may or may not have been utilised by 'HAARP', an American military-funded research programme...Oil Barons Dominate the Emerging North American Union - Traditional combustion-energy paradigm is over-represented at secret high-level negotiations under North American Security and Prosperity Partnership (SPP). Scheduled to begin to exercise power authority by 2007, it is likely to be resistant to clean energy trends.

From: Mike Brady
To: FE_updates-owner@yahoogroups.com
Sent: Saturday, June 03, 2006 3:20 AM
Subject: RE: [FE_updates] another thug threat; EV directory; gov. blocks wind plans; corn fiber to ethanol It seems that the more one tries to find solution for alternative fuel the more problems one has to content with, for example I have received emails that state if I proceed with the show on the 7th July I will be killed, this at first was taken lightly, now it seems that I have vehicles parked outside my house watching me, when I record the registration numbers and have them checked they are unknown, why can we not just get on with what we are doing instead of the World just thinking of money, what good will money be when there is no world to spend it in.
Mike Brady

A lot of content is dedicated to "suppressed" failed inventors of engines who claim to operate their motor with water (see Water-fuelled car). An unsourced statistical compilation of suppressed inventions in the field of alternative energy field is published on PSEN websites:


An anecdote of a special kind regarding such a suppression is the alleged implantation of a secret microchip into one Bob Boyce by the owner of a bogus firm from Florida named "The Cell Inc.". PESN websites reported that Bob Boyce was implanted with an RFID-chip in the upper arm during a probably artificially induced nap by an associate named Robert Potchen. Potchen, allegedly formerly with Military Intelligence, had made modifications to Boyce's hydroxy-generating device which reduced the cell's efficiency according to Boyce, probably to sabotage it.

It is claimed that Boyce contracted terminal cancer caused by the implanted chip (but, taking into account the time to develop cancer, the tumour must have already been there prior to the alleged implantation). Later, a second RFID-chip was detected at the same location, just placed deeper inside. Both were said to have been removed surgically. The PESN website presents pictures of the scar and the allegedly removed microchips. Boyce is the inventor of an "ultra-efficient electrolysis system" and of a "self-charging battery circuit", "harnessing energy from the environment, probably Zero-point energy". Apparently sufficient reason to be "suppressed.[7][8]

Potchen tried in vain to convince Allan to remove the libelous claims from the PESN websites in:

Again, I am kindly but sternly requesting that you remove these libelous stories from your website. I find it very surprising that someone like you who seems to be dedicated to the true research, development, and application of clean energy technology would continue to perpetuate this wild speculation without ever even having taken the time to speak with me on the phone or visit my facility.

Potchen manufactures devices feeding hydrogen gas(HHO) to car engines. They claim it was possible to save up to 24.5% of gasoline.[9] "If there is anyone who is truly committed to pursuing the practical application of HHO technology, it is me and my team." Using hydrogen gas to save fuel is very inefficient and does not result in saving gas at all.