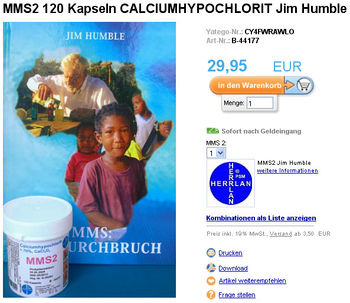 MMS2 (Miracle Mineral Supplement two resp. Miracle Mineral Solution 2) is the brand name of a product containing Calcium hypochlorite which is offered on various internet sites for pseudomedical applications. US-american citizen Jim Humble is the inventor of this advanced vision MMS2. Humble already became known in connection with the corresponding snake oil Miracle Mineral Supplement (MMS or E 926, respectively) which meanwhile is also referred to as MMS1. In order to prevent negative effects to MMS sales, MMS2 is labelled as being as good and complementary to MMS. A combined application of the two products (i.e. chlorine dioxide, calcium chlorite and citric acid) is advocated for alleged synergistic effects.

MMS2 has been solicited, without any critical checking, in the German NEXUS Magazine.[1] 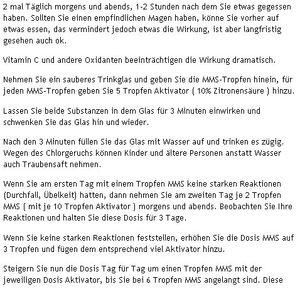 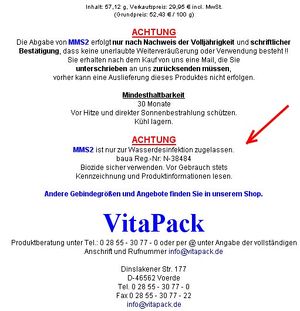