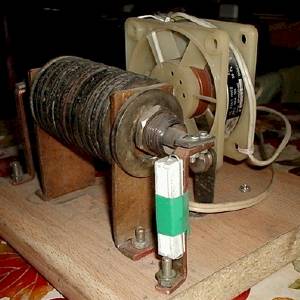 The Zirconium Fusion Reactor by Bolotov is an invention of Ukrainian citizen Boris Bolotov (Boris Bolotow, Борис Болотов). It is a device supposed to render so-called cold fusion possible, thus yielding huge amounts of energy according to the inventor. With an electrical input of 5 kW, the reactor is said to achieve a heating output of 200 kW.

There is no proof of any kind for the claims made by Bolotov. The issue of the "fusion reactor by Bolotov" only raised an interest among supporters of "cold fusion" as well as in internet projects dedicated to the issue of "cold fusion" and pursuing commercial objectives in those circles. An example is U.S. company Pure Energy Systems Network Inc. which devoted uncritical articles to the reactor of Bolotov.

The Fusion Reactor by Bolotov

According to inventor Boris Bolotov, the reactor, small enough to be put on a desk, allegedly transmutes the element zirconium through a fusion process into different chemical elements. Zirconium is said to be present in the reactor as zirconium oxide. As transmuted elements, palladium and iridium are mentioned. It also allegedly produces gases containing heavy metals.

The exact functional principle is kept secret by Bolotov. It is claimed the reactor was powered by current surges lasting only nanoseconds. Inside the reactor, there is an alleged "cell" containing "liquid metal". With the current momentum, an electric arc is created to start the intended nuclear fusion and transmutation. The reactor is said to be based on an "electrino" theory (see: [1]).

The Soviet Patent Office is said to have refused to grant Bolotov a patent. In general, a hypothetical fusion process with zirconium is endoenergetic. This means it needs more energy to overcome the Coulomb barrier than can be obtained by the fusion process. Bolotov and several other persons, however, managed to obtain a Ukrainian patent for a method to win atomic silicon, aluminum, and phosphorus with a nuclear transformation ("transmutation"). The patent number is 19 900 and was issued on Januray 15, 2011.[1] 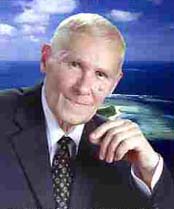 Various private websites present Boris Vasilowich Bolotov (sometimes just Boris Bolotov or B.A. Bolotov) as some kind of universal academic genius, "Ukrainian Einstein", as a spiritual healer and author, inventor or a "nutrition academic". He is portrayed not only as a scientist, but a physicist, chemist, and biologist at the same time. He is said to have made about 600 inventions. Usually he is attributed with the title of a "professor", but a possible academic background is never mentioned. He is also credited with having invented various therapies of amazing success in the medical field, such as a diet includings herrings. In particular he is said to have succeeded in developing an anti-aging treatment allegedly allowing the replacement of "old" body cells with new ones. As a chemist, Bolotov will be credited with the discovery of one-hundred new chemical elements, none of them recorded on the regular periodic tables of chemistry. This and allegations of quackery against him in his opinion are merely based on his resistance against the political situation in the Soviet Union for which he was suppressed.

Bolotov describes himself as a member of a "Ukrainian Peace Council" which appears to be connected to the Moon cult. Bolotov also mentions a "True World Academy of Sciences" which is apparently responsible for selling Bolotov's inventions. Some of Bolotov's inventions are: 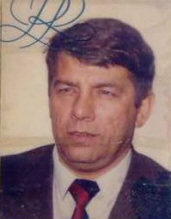 Besides Bolotov, a Polish engineer by the name of Waldemar Mordkovitch is involved with the alleged fusion reactor. Mordkovitch claims to be able to produce 20 kW heating output with a version of the Bolotov reactor, with an energy consumption of just 60 Watt (electric). For 15 million Euro, he is prepared sell a license for the secret technology to an investor.