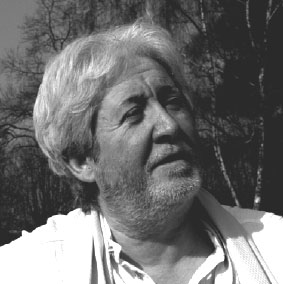 Biologie totale according to Sabbah (Biological Decoding, Biologie totale des etres vivants, BTEV, i.e. Total Biology of Animate Beings, also: Total Biology, bio-psycho-généalogie etc.) is a pseudomedical method invented by former French MD Claude Sabbah. The method is primarily promoted in French-speaking regions and is closely linked to Germanic New Medicine (GNM). BTEV does not have much access to the German-language Newage market, since this is being covered by GNM, so-called Meta-Medicine and by various Mental Healers. Despite its similarities to GNM, its inventor Ryke Geerd Hamer fiercely rejects Biologie Totale. Prior to inventing his own method, however, Sabbah participated in a course with Ryke Geerd Hamer who calls Sabbah a former GNM student.

There is no scientific literature on this method to be found in data bases, which also contain no publications written by Claude Sabbah. The "Quebec College of Physicians" in a radio interview in 2008 called Total Biology a fraud.[1]

Possible successes of this method have not been documented but are merely claimed anecdotally by its proponents. In Belgium, Total Biology has been called a cult which encapsulates persons from their social environment.[2] 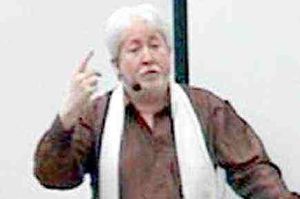 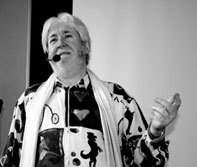 Proponents view BTEV as a way to explain all causes of illness with simple, primitive approaches. All diseases, according to Sabbah's speculations, were the result of alleged "biological conflicts" which were experienced in an "isolated way", were interceded to the body via so-called relays and never developed coincidentally. At the same time, disease was to be understood as a healing process. According to this concept, there is no incurable disease, but only patients who did not realise their natural healing potential because they were not sufficiently working at "solving their conflicts".

Consequentially, the patient is held responsible for the development of a disease as well as for a possible failure in case of curation not materialising. Sabbah claims: "The failure of Biological Deprogramming may be due to a failure of the therapist who did not find the cause of the conflict, but it may also be due to the failure of the patient who does not manage to let go of his conflicts."[3] The BTEV therapist (who does not need any medical training), however, could assist by "biologically deprogramming". The deprogramming method bears similarities to the method of Psychomagic, invented by Alejandro Jodorovsky, which is also applied by Hamer, according to reports from witnesses: The patient writes down his "conflicts" on a piece of paper, tears the sheet and buries the pieces (if need be this can even be done in the earth of a flower pot). Both Jodorovsky and Hamer applied similar magic methods and burnt such sheets of paper.

Sabbah presents the alleged scientific concept of BTEV in a typical pseudo-scientific way as a system which was to be believed in, and did not meet any interest within academic medicine. The highfaluting vocabulary used was largely borrowed from GNM. There are, however, some new terms inventend, like the one of Surstress (approx. "Super-Stress"). In 1993, Sabbah presumably attended a seminar with Hamer, so they will know each other.

According to his claims, Sabbah treated about 1,700 cancer patients with this method, only two of which allegedly died. Contrary to Hamer, Sabbah is very careful with public statements and does not like to be filmed or having his photo taken during his "work" or during seminars. Photographers will face an aggressive reaction. On his websites, Sabbah also points out that medical advice is to be observed. As Canadian journalists discovered, this is quite different during seminars. The journalists participated in a seminar and, unbeknownst to Sabbah, did video recordings which were made public in a broadcast by Radio Canada.[4] Sabbah has become even more careful since his Belgian proponent was sentenced for fraud and illegal practicing of medicine. In September 1996, Belgian MD Alain Scohy also lost his licence after having applied BTEV.[5] MD Gerard Athias, too, lost his medical licence for the same reason.

One difference to GNM is the supposed transgénérationnel, i.e. the possible effects of conflicts experienced by one's ancestors. Not only conflicts suffered in person were to be seen as a cause of disease, but also inherited conflicts.

Claude Sabbah was born in North Africa and is a former Medical Doctor. Sabbah migrated to France and became a physician there. Meanwhile, he has returned his medical licence in France and therefore is not in a position to work as an MD any longer. Sabbah claims to have published more than 1,200 scientific pieces of work, none of which can be found in any respective data bases.

Until recently, Sabbah taught his method in seminars of 16 days in the vicinity of Marseille, with participants paying a fee of € 2,000. Participants did not need to provide proof of any medical qualification. Sabbah announced to have trained more than 7,500 persons in his method. He furthermore gives conferences on his method in French-speaking countries worldwide. In 2008, Sabbah had the statement announced that he suffered an "accident" and was not able to do seminars any longer. On the other hand, it is known that he suffered a stroke in March 2008.

Same as with GNM, this method implies enormous dangers for patients, since in BTEV environments, medical laypersons assume to be competent to treat severe disease after having taken a mere 16-day course. Two Canadian journalists, feigning to suffer from tumours, made appointments with several BTEV therapists in Quebec. Almost all of these BTEV therapists tried to convince the patients to drop out of regular therapies. Canadian citizen Line Fournier from Prévost even declared the tumour would already have disappeared if the patient had not begun a conventional therapy. Several therapists emphasised not to inform the patients' regular MD of their BTEV contacts (which is a well-known strategy in GNM, too - cf http://www.psiram.com/en/index.php/Victims_of_New_Medicine#2006:_Domenico_Mannarino_.28Italy.29 ).

Deaths after experiments with BT therapies in Belgium 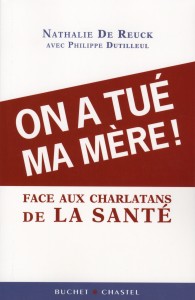 Belgian MD Charles Berliner from Brussels is convinced that at least two patients died following a treatment according to "Total Biology". Fatally ill patients came to see him after a BTEV treatment and died. The death of a patient suffering from breast cancer in the Belgian town of Eupen is being investigated by authorities; a BTEV therapist by the name of Louis Vliegen has been under investigation from 2004, because a patient did not receive any treatment for five months and finally desperately went to a hospital in Liege/Luik where she died a week later.[6][7][8] In an announcement on his answering machine, Vliegen outed himself as a BTEV representative for Belgium. Expert Koen Demyttenaere of Royal University of Leuven/Louvain declared that BT was completely unscientific and deplored the fact that the title of a therapist was not legally protected in Belgium.[9][10]

In 2008, the fate of 60-year-old Jacqueline Starck became known who suffered from breast cancer, was treated according to Total Biology, and died in 2007. She did not receive any regular medical treatment as BT "therapists" had convinced her she had "nothing" but only showed symptoms which indicated an "inner conflict", the cause of which needed to be established. A series of measures was then taken, from a pseudo-family therapy, radiesthesia, black magic, kinesiology and dowsing with a pendulum - anything seems to have been fine as long as it was not conventional medicine. Pain medication was not allowed, not even with Aspirines. One therapist gave a remote treatment per telephone from a French centre and made sure payment was effected in several tranches via postal money order. Two months prior to her death, Starck realised she had been cheated and asked her daughter, Nathalie de Reuck, to make this public and take actions against the charlatans. To this effect, she handed over all notes and voice recordings done of her "therapist", an osteopath and BTEV therapist from Brussels, to her daughter (Quote from the recordings: "I'm sure I wouldn't do a chemo or a radiotherapy. You know you can take the tumour off yourself" ... "hmmmph" ... "If you don't solve your conflict, this will just go on").[11] The daughter published the account in a book titled "DES CHARLATANS DE LA SANTÉ ONT TUÉ MA MÈRE" (Health Charlatans killed my Mother).[12] Belgian TV and journalist Philippe Dutilleul reported on the case.[13][14][15][16][17][18][19][20][21]