Office of Medical and Scientific Justice 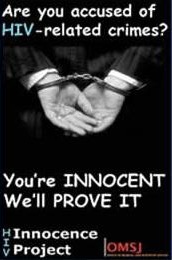 The Office of Medical and Scientific Justice Inc. (OMSJ) is a private organisation with a mailbox address in Studio City/California.[1] In California, OMSJ is registered as a "non-profit organization". Despite its official sounding name, OMSJ is no public institution.

The organisation views itself as a "private investigation agency", claiming to pursue frauds in medicine and science. In fact, the organisation rather attempts to create acceptance for outsider views. OMSJ in particular supports so-called AIDS denialists and AIDS dissidents, who deny the causal significance of the HI Virus in the origin of AIDS HIV/AIDS denialism.

Director and "chief investigator" of OMSJ is the former police officer Clark Baker who founded the organisation in 2009. Baker is supported by persons who already built a reputation as "AIDS denialists", like Rodney Richards, Nancy Banks (holocaust denier and a supporter of the hypothesis AIDS was invented to cause damage specifically to Africans) or David Rasnick (a former "Scientific Director" of Matthias Rath who believes to be persecuted by CIA).

By their own account, OMSJ in particular aids persons reporting discriminations due to a positive HIV test. OMSJ thus supported persons facing criminal investigations for having passed the infection to others or who did not inform sexual partners about their infection. In such contexts, Baker and his colleagues attempted to help the accused by contesting the significance of conventional HIV tests in court. According to OMSJ, both ELISA and Western Blot tests as well as proof of HIV-RNA were inadequate in indicating a HIV infection.

OMSJ further promotes the hypothesis of a global warming lie contending there was no global change of climate and no globally rising temperatures[2]. In this context, OMSJ also criticises Wikipedia[3] (Wikipedia authors - contrary to OMSJ - are expected to include respectable scientific secondary and primary literature).

OSMJ and the Case David Gutierrez

In 2010, HIV positive Sgt. David Gutierrez was accused of having had unprotected sex with several persons and faced a sentence of up to 53 years of prison.[4] He was found guilty in seven of eight charges and sentenced to a term of eight years. Clark Baker offered his services to Gutierrez' legal representation who declined and informed Gutierrez that OSMJ consisted of frauds and they were going to resign from representing him if Gutierrez were to accept Clark's offer.[5]

OMSJ and the case Tarence Dixon

In 2012, US-Sergeant Tarence C. Dixon from Fort Bragg was accused of not having informed four women of his HIV infection, with whom he had sexual intercourse using condoms. Dixon spent eight months in custody and was dishonourably discharged from the US Army. He was arrested after a woman accused him of assault during a dispute. Dixon was sentenced to 120 days in gaol for violence, but not for having withheld his HIV status ("innocent of aggravated assault"). The aquittal on this charge was due to his having used condomes, and due to the broader circumstance. In his sentence, the judge emphasised that an HIV infection, provided the use of appropriate medication, presently was not to be seen as a deadly disease, but rather as a chronic one.

Two members of OMSJ testified before the military court in the Dixon case, claiming the HIV tests employed were inappropriate for a diagnosis of AIDS or an HIV infection. OMSJ, in an internet publication, wrongfully attributed Dixon's acquittal to the notion that HIV tests were not sufficiently reliable in indicating an HIV infection.[6] [7] OMSJ does not quote the exact wording of the verdict. The same statement is to be found in a report by publishing company Kopp-Verlag. In an article at "Kopp-Online", author Ethan Huff ([NaturalNews]) repeats the assertion of Dixon having been acquitted due to the unreliability of HIV tests and that he was HIV negative.[8]

According to assertions made by OMSJ, the prosecution allegedly thought the case already won and was ill-prepared. They had no experts of their own to counter the professed OMSJ experts and contrast their false statements.[9]

Assuming Dixon was acquitted due to "unreliable HIV tests", this at the most would be a consequence of a test faultily applied in this individual case. Both sensitivity and specificity of the various complementary HIV tests are known and documented. PCR tests will directly recognize parts of the HI virus, and ELISA tests of the fourth generation (introduced since 1999) will directly recognize the p24 antigen of HIV-1. An HIV infection may not be established with an ELISA diagnostic test on its own, although the evidence is fairly high. The sensitivity of an ELISA test is specified at 99.9%. This means that, of a total of 1,000 HIV-positive patients, 999 will be recognized as such and one will receive a false-negative result. The specificity amounts to 99.8%. This means that 998 of 1,000 patients not HIV-positive will receive a correct negative result and only two a false-positive result. A positive result, however, is only passed to the patient after an additional more expensive and more complex Western Blot Test also yields a positive result. This confirmatory test shows a specificity of approximately 99.9996%.[10]

Lt.Col. Kenneth Pinkela, a homosexual, was accused of assaulting another officer since he did not inform him of his HIV status and had unprotected sexual intercourse with him. Further charges were Army procedural counts relating to violating a commander's orders (regarding HIV status disclosure and unprotected sex), engaging in conduct prejudicing good order and discipline, and conduct unbecoming an Army officer.[11] He was found guilty on all charges and sentenced to a comparatively mild sentence of dishonourable discharge and a term of one year in prison.

OMSJ was a witness for the defendence. As in the case of Dixon they explained that HIV tests were tests establishing the existence of antibodies, according to package inserts, and were not appropriate to diagnose disease, and that cross reactions were possible due to other diseases or vaccinations.

HIV experts testifying for the prosecution clarified that cross reactions were not to be considered in this case, since the Western Blot Test was positive on nine proteine bands.[12] 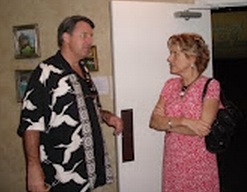 Clark Baker is a former police officer who worked with the Los Angeles Police Department (LAPD). After having been sentenced for beating an imigrant who committed a traffic offence, he was removed from office. The sentence later on was revoked due to mistaken conduct on the part of the prosecution. Since then, Baker has been working as a private investigator and also runs an internet project by the name of "HIV innocence project". Baker contends not to have known anything about HIV before 2008. In a report titled "HIV, AIDS, and Gallo's Egg", Baker demonstrates a profound incomprehension of progression of diseases, viruses, the immune system, HIV tests and diagnosis, scientific work, and medicine in general.[13]

David Rasnick is a co-author of Peter Duesberg and others who, in an article, suggest the hypothesis HIV was not the cause of AIDS. In cooperation with Matthias Rath, he conducted illegal experiments with vitamines on HIV/AIDS patients, during which the South-African patients were explicitly advised against continuing their regular medication; instead, they were advised to take vitamines only. The experiments led to the death of at least five, but probably as many as twelve persons.[14] There are allegations claiming that David Rasnick discovered the protease inhibitors*** which saved the lives of millions and were a quantum leap in the treatment of AIDS. In fact, Rasnick only worked in a laboratory which developed some of the inhibitors. Apart from this, that laboratory was not further concerned with research on inhibitors.

Rasnick described himself as a visiting professor at Berkeley University in California, a claim rejected by the university.[15]

Nancy Banks is a vaccination opponent in denial of AIDS and holocaust who, until 2000, worked as a gynaecologist. She has never worked in research and did not publish scientifically. She is the author of a book titled "AIDS, Opium, and Empire: The Deadly Virus of International Greed", in which she claims a conspiracy immensely blown out of proportion, laying the blame on Jews who controlled both pharma industry and the media. The alleged aim of this conspiracy was to kill Africans with deadly poisons.[16][17] 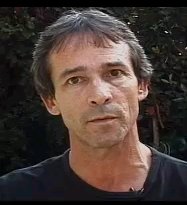 Rodney Richards worked for Amgen Inc. in the field of bio-technology who, in cooperation with Abbott Laboratories, developed and marketed one of the first ELISA tests. Following a meeting with Peter Duesberg and Kary Mullis in 1991, he became an AIDS denialist and left the field of bio-technology in 1995.[18][19] Allegations claim Richards was one of the leading experts on HIV/AIDS; however, he never published or worked in research. On the basis of patient informations sheets, Richard contends that the established tests were ineffective. He further claims that there were no FDA-certified HIV tests. This claim is wrong.[20]