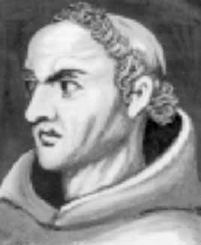 Occam's razor (also Ockham's razor, novacula Occami) is a scientific principle which is attributed to the Scottish logician and Franciscan friar Father William d'Okham (1285 - 1349) but is indeed far older. The principle can actually be found in the works of Aristotle (384–322 BC) (Charlesworth 1956). It was named after William of Ockham in the 19th century, although if it was never explicitly phrased by him, but is implicit in his writings.

The philosopher Johannes Clauberg wrote in 1654: 'Entia non sunt multiplicanda praeter necessitatem or sine necessitate: "Entities must not be multiplied beyond necessity" which became one of the best known descriptions of the principle.

The term Occam's razor for this minimalist approach was coined in 1852 by the Scottish metaphysician Sir William Hamilton, 9th Baronet (1788 – 1856).

The minimalist approach in science

The principle of Occam's razor is often described incorrectly as "the simplest explanation is most likely the correct one". A more correct explanation will be: "We should tend towards simpler theories until we have to replace simplicity for explicability". The most simple theory sometimes is less precise.

Ockham's razor, however, advises a minimalist approach to science and logic. A hypothesis with less exceptions can be tested more easily and is easier to falsify than a more complex explanation. We know from experience that more often than not a theory requiring a more complicated mechanism will be wrong. Until proven otherwise, the more complex theory competing with a simpler explanation should be put on hold, but not be dismissed altogether.[1]