Difference between revisions of "Gregorian Bivolaru" 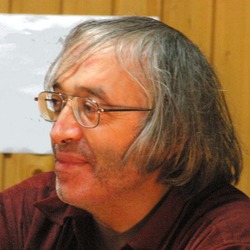 Gregorian Bivolaru (born 12. March 1952, aka Yogacharya Grieg, Atma, nickname Grieg or Grig) is an author from Romania, a conspiracy theorist and the founder of the cult "Movement for Spiritual Integration into the Absolute" (MISA). Bivolaru lives in Sweden which gave him asylum, because he sees himself as treated unfair by romanian authorities. He further feels he is prosecuted by a giant satanic conspiracy by freemasons, Illuminati and reptiloids.[1] 2005, Bivolaru was officially recognized as an asylum seeker in Sweden. [2]

Bivolaru spreads Doomsday-Visions.[4] He believes the HI-Virus, which causes AIDS, is man-made in a lab. This was ordered by NWO-authorities to reduce the worldwide population.[5] 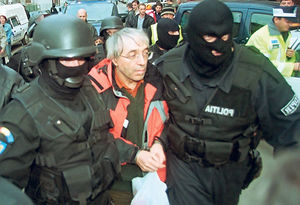 Gregorian Bivolaru was born 1952 in Tărtăşeşti, Romania (District Ilfov, now Dâmboviţa) and went to school in Bucarest. He claims he had a spiritual awakening in his youth: It was revealed to him he is a Yogi from Tibet. Bivolaru affirms he has read a great many books, which led him to invent im 1978 his own version of yoga. However, he worked as a plumber first, and became interested in yoga later. 1977 he was sentenced to one year in prison for spreading pornographic material, but profited from an amnesty by dictator Nicolae Ceauşescu. 1984 he was sentenced again for conspiring against Ceaucescu.

Together with 20 other "yoga-teachers", Bivolaru was accused of trafficking in human beings, sexual assault and sexual abuse of minors, what caused him to secretly escape to Sweden. Further, a former lawyer of Bivolaru sued him for 666.666 Euro.

The house searches performed in Romania and the details spread by mass bedia about alleged or real victims were also critizized by some.[6] 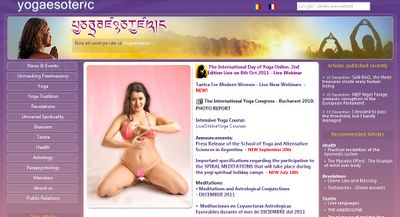 In January 1990, (After the end of Ceauşescu-Kommunism in Romania 1989) Bivolaru founded in Bucarest his "Mişcarea de Integrare Spirituală în Absolut", Movement for Spiritual Integration into the Absolute", MISA[8], which claimed to propagate yoga and Ayurveda. Bivolaru managed to find a huge number of supporters and was able to spread to other countries, especially northern europe, where he founded dependencies. Following critizism in romanian media, Bivolaru officially withrew from MISA leadership, but remained its spiritual guide. The movement had up to 40 Ashrams or "Centred of research, teaching and healing" with about 200 instructors. In post-communistic Romania MISA bizzare esotericism experienced critizism. There were claims of "Blasphemy" and "antichristian" activities.

Former MISA-members are active on the internet with there own critical project (EXMISA).[9][10] The danish NATHA-Center[11][12] founded by Bivolaru is a MISA dependency, led by his student Mihai Stoian.

On his homepage, Bivolaru gives a long list of publications.