Difference between revisions of "Eckankar" 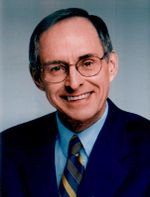 "Eckmaster" Harold Klemp
Eckankar is a cult founded 1968 by Paul Twitchell. Before foundingEckankar, he lived in Ashrams with Kirpal Singh

where he was kicked out after a fistfight with another member. Later, hestudied a certain Kirpal Singh, Master of "Sant Mat", the teachings of Radhasoami and Ruhani Satsang. Despite being influenced be eastern spirituality, Twitchell never visited India before founding Eckankar. Some time after founding Eckankar, Twitchells relations to Kirpal Singh deteriorated and he claimed he never accepted him as master. This happened because Twitchell send Singh his manuscript "The Tiger's Fang" to get Sings approval, which he did not get. Twitchell also studied Scientology and became a clear. For some time he had the support of L. Ron Hubbard, and it is claimed he copied several Scientology techniques.[1]

Twitchells founding scriptures of Eckankar are plagiarized from other esoteric sources, just changing names in the progress. This is a taboo amongst cult members and never talked about, as reported by former members. Sources include Hubbard, Blavatsky and eastern mystics. [2] The current "Living ECK Master" (LEM), "Mahanta", "Outer Master", "Inner Master" and "Dream Master" is a Harold Klemp.

Eckankar is hierarchically organized, with the Eckmaster at the top, who has the sole authority to hire and fire Board members. Disciples are told that Eckankar is the sole path to god and that leaving Eckankar is detrimental to their Karma [3]. There are reports of members spending substantial amounts of money on teachings, cult material and travel expenses. Eckists are encouraged to spend their own money upon vahana/missionary advertising efforts and materials and this can add up to a substansial amount when including gas and other incidentals. The annual "donation" of the EK Membership Fee is required. Eckists are also encouraged to name Eckankar, in their Will, as a beneficiary. Service, with time and coin, and Silence, from questions and criticisms, are the mainstays of Klemp's Eckankar.