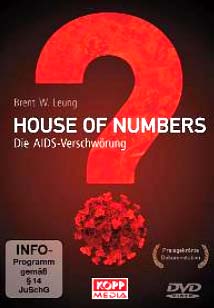 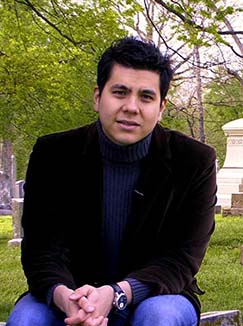 House of Numbers: Anatomy of an Epidemic is a propaganda video denying a link between HIV infection and AIDS disease produced by Canadian filmmaker Brent W. Leung in 2009. Leung describes his movie as an "objective examination" of the hypothesis that AIDS was caused by the HI-virus.

An interesting aspect about the film is the fact that, as of yet, it is not known who funded the movie. A German version of the DVD is available from the publishers Kopp Verlag.

The title derives from Leung's view that statistical figures on HIV infection and AIDS patients were fabricated and manipulated by an international conspiracy. A discussion of the WHO figures unfortunately is not part of the movie. According to Leung, the importance of global poverty was undervalued, since it was the real cause for the AIDS deaths. Also (older) AIDS drugs like AZT, in his lay opinion, were one of the reasons for the death of HIV-infected persons. The film-maker furthermore suggests he doubts the existence of the HI virus in the first place.

The film presents interviews with several scientists (among them Luc Montagnier), known "AIDS denialists", and selected AIDS patients. Several persons interviewed for the film after its release declared they were interviewed under false pretense and that the movie promoted pseudoscience.[1] 18 scientists interviewed for the film have issued a statement saying their answers were cut and put together in a way to serve Leung's intentions. He tried to create the impression the scientific community was in disagreement over AIDS. Two of the interviewed, Neil Constantine and Robin Weiss, give examples where their answers were quoted wrongfully and selectively.[2] 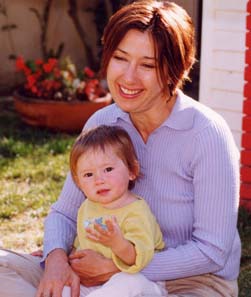 One of the persons interviewed is Christine Joy Maggiore, a HIV-positive woman who used to be a well known HIV/AIDS-denialist. Maggiore founded the organization "Alive & Well AIDS Alternatives" (previously "HEAL-LA"). This organization advised HIV-positive and especially expecting mothers to stop taking anti-retroviral drugs prescribed to prevent vertical infection of the child. She wrote a book "What If Everything You Thought You Knew about AIDS Was Wrong?". Her own three year old daughter Eliza Jane Scovill died from untreated AIDS.[3] Maggiore had infected her own child with the HI-virus, and refused a HIV test and an antiretroviral therapy of the child. Her son was tested HIV-negative. Maggiore was criticized for breastfeeding her children, since it is known that HIV may be transmitted through breast milk. Christine Maggiore died from AIDS on December 27, 2008, about six months before the film "House of Numbers" was published on June 21, 2009. This fact is mentioned in the movie only in small letters in the credits, with the false claim she did not die from AIDS but from a different cause. In truth, Maggiore died from pneumonia and other typical symptoms of AIDS. Her views are also promoted on pages of the Germanic New Medicine.[4]

The film met a generally critical reception. Especially Leung's claims of having approached the issue from an "objective point of view" were dismissed. The film was repeatedly called a mix of AIDS denialism and conspiracy theory, for example by renowned professional journal "The Lancet".[5] The New York Times called it a "weaselly support pamphlet for AIDS denialists".[1] The "Wall Street Journal" called its content conspiracy theories from "persons, that know the 'real story' behind everything".[6] Author and doctor Ben Goldacre in "The Guardian" wrote the film "House of Numbers" was "AIDS-denialist propaganda".[7] The Portland Oregonian criticized Leung for "not being entirely honest with viewers," and decried the film's reliance on "selective editing, anomalies and anecdotes, unsupported conclusions... and suppression of inconvenient facts."[8]