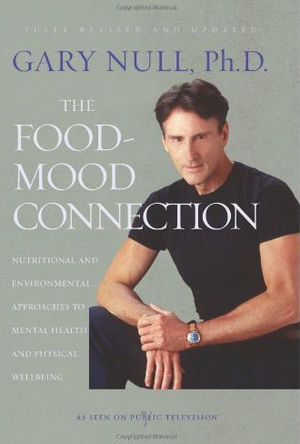 Gary Null on the cover of a book

Gary Null (born in 1945) is a US author, businessman, chat radio host and one of the most outspoken critics of pharmacy as well as a huge supporter of alternative treatments. He owns the dietary supplement and media company "Gary Null & Associates, Inc." and a health food store, "Gary Null's Uptown Whole Foods Market" in New York City and has a syndicated radio chat show "Natural Living with Gary Null". Most of the treatments he propagates and sells are dubious, e.g. detox treatments, coffee enemas and diets for cancer and AIDS patients. He is also an Anti-vaccinationist and HIV/Aids-denialist.

Null claims to hold a Bachelor's degree from Thomas A. Edison State College in New Jersey and a PhD in human nutrition and public health sciences from Union Institute, Cincinnati, Ohio. Edison State, while accredited, is a "non-traditional" school with neither campus nor courses, and Bachelor's degrees are based on career experience, equivalent exams, and courses taken at other schools. Because of it's "liberal" acceptance policy for courses, it is labeled a diploma mill by some internet sources. Union Institute & University's accreditation does not cover awarding PhDs in sciences, only in humanities.

He uses his title for advertising purposes. According to the approval documents of his thesis (title: "A Study of Psychological and Physiological Effects of Caffeine on Human Health"), the PhD committee was composed of the following persons: Peter Fenner, an expert in geological sciences (totally unrelated to Null's topic), Martin Feldman, MD, a "complementary" physician (and "clinical ecologist after Randolph") who worked with Null on his books and acted as a backup for the radio show, Philip J. Hodes, "Practitioner Holistic, Health Detoxification & Orthomolecular Nutritionist, Consultant" and Elayne Kahn, a psychologist who co-authored a book with Null which was published in 1976. In contrast to Null's work, a regular thesis for a doctoral degree in a scientific discipline requires a genuine contribution to scientific literature.

In his thesis, Null concludes that "chronic caffeine users tend to have diminished adrenal function" which he blamed on "exhaustion" of the glands. "Fortunately," he added, "there are non-drug nutritional programs which have the ability to repair or rebalance weakening adrenal glands toward normal." The program consisted of "diminishing stressors", "implementing strategies to diminish anxiety" and taking doses of five vitamins and three other products.

Null's attorney sent a cease-and-desist letter to Quackwatch, where this criticism was raised, but backed off after further questions were raised and just continued to threaten but never actually sued.[1]

Gary Null promotes that HIV is not the cause of AIDS. He even produces films promoting this view which he sells on his website.[2] He also spreads the usual disinformation of vaccine denialism. Null supports Andrew Wakefield who faked data to "prove" that vaccination causes autism.[3] and speaks of alleged "new evidence".[4] The "new evidence" actually was already submitted years ago in the lawsuit against Wakefield and thus is neither new nor a proof for Wakefields innocence.[5] He also claims the gulf war syndrome was caused by vaccinations, especially by squalene which is used as an adjuvant in vaccines.[6] Various studies dismantled that theory.[7][8]

Null promotes coffee enemas for detoxification, a practice which was proven to be nonefficient.[9] He believes in homoeopathy[10], and says mammograms were useless[11], and that sugar is poison[12]. Since he sells dietary supplements, Null also believes most people suffer from malnutrition, especially vitamin deficiency.

He is a well known Truther, promoting the many conspiracy theories about 9/11.[13]

Gary Null sells vitamin nutritional supplements and contracted vitamin D poisoning from his own product "Gary Null's Ultimate Power Meal". Null developed severe symptoms in December 2009, after having consumed two doses of his meal per day, and believes he nearly died from kidney failure. He sued the manufacturers of his products, since the meal contained thousandfold as much vitamin D as specified.[14][15]